History beneath our feet

The Cambridge Philosophical Society has its roots in the Earth Sciences, with all three of our founders (Edward Clarke, Adam Sedgwick and John Stevens Henslow) being engaged in geology at the University of Cambridge. Professor Marian Holness FRS in the Department of Earth Sciences at the University of Cambridge and Fellow at Trinity College Cambridge explores the geological and social history under our feet with some surprising finds.

The cobbled area outside Trinity College Great Gate is a useful area to park lorries making deliveries to the college, and also commonly hosts groups of tourists admiring the Gate and the statues above it. What is less recognised is the enormous scientific and historical interest of the cobbles themselves. Even a cursory glance from a non-specialist shows that there is a huge range of colours in the cobbles and that they are clearly natural materials with no evidence of them being cut into shape. A closer look tells us that there are many different rock types, most of which are not found anywhere near Cambridge with the source of a couple of types that can be confidently placed in southern Norway. These cobbles are most likely to have been laid in the sixteenth century, re-used from an older road down to the river - the makers of that road collected the cobbles from nearby fields, deposited there by glaciers during the greatest Ice Age almost half a million years ago. That we can see Norwegian rocks tells us that this huge ice sheet must have travelled from Scandinavia across the North Sea, ending up in East Anglia. 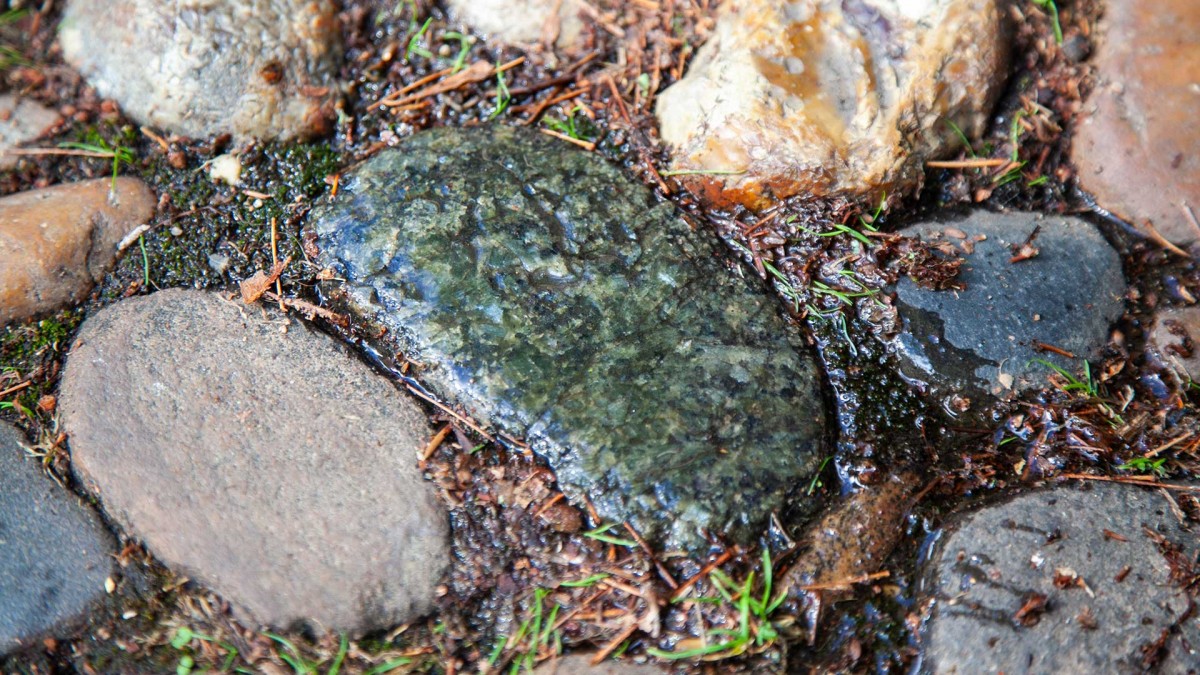 Photo: Not all that glitters is gold: a larvikite cobble from Norway, with its characteristic iridescent grains of feldspar.

What we call the Milky Way, our Galaxy, has been the focus of myth, story and study in every society with a recorded history for millennia. Understanding its structure defeated Isaac Newton. One hundred years ago it was realized that the Milky Way is just one amongst a Universe of galaxies. With electronics, digital systems, and spacecraft we have learned how to measure the structure and assembly history of the Milky Way Galaxy over its 13 billion year history, even identifying ancient stars from the earliest proto-structures to form. We quantify the formation of the chemical elements over time and their distribution in space. We use dynamics to weigh the unseen. We can calculate the future of the Milky Way until it ends its existence as an isolated Galaxy, merging with Andromeda some 5 billion years from now, and the death of the Sun a few billion years after that. This lecture will tell that story.

Banks, Bunkers, and Backup: Securing Crop Diversity from the Cold War through the Internet Age

Present-day efforts to preserve endangered crop varieties emphasize "safety duplication"—a strategy better known as backup—as an essential step in conservation. Important collections of seeds or other plant genetic materials are copied, in whole or part, and sent to physically distant sites to provide security in the case of local disaster. This talk traces the history of seed banking to understand how, why and with what consequences copying collections came to occupy this central place. The intertwined histories of the central long-term seed storage facility of the United States (opened in 1958) and the international seed conservation system developed in the 1970s reveal how changing conceptions of security, linked to changing economic, political and technological circumstances, transformed both the guiding metaphors and the practices of seed conservation. Seed banking gave way to seed backup: whereas early long-term cold storage facilities vested security in robust infrastructures and the capacities of professional staff, between the 1960s and 1990s, this configuration gave way to one in which security was situated in copies rather than capacities. This history ultimately raises questions about the security promised and achieved through present-day infrastructures for crop genetic resources conservation.