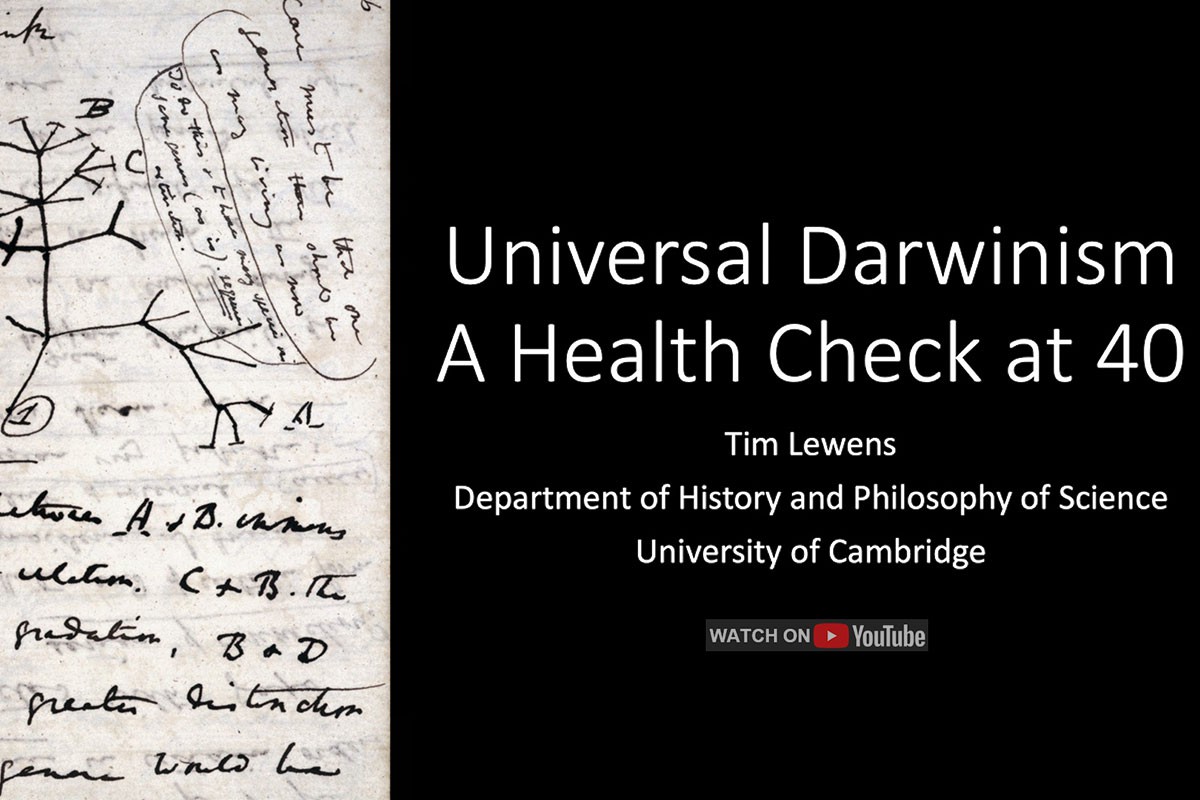 In his ‘Universal Darwinism’ paper of 1983, Richard Dawkins argued that only ‘Darwinian selection’ is ‘in principle capable of doing the job of explaining the existence of adaptive complexity’. The question of whether natural selection should have an explanatory monopoly on adaptation remains a live issue nearly 40 years later. It is, for example, one of several topics under dispute in the context of ongoing calls for an ‘Extended Evolutionary Synthesis’. In this talk I explain the strong appeal of Universal Darwinism, before assessing it using a series of examples from evolutionary biology, cultural evolution, and machine learning. I argue that adaptation always required some interplay between variation and selection, at some point in the history of the adapted system. But it is worth adding discipline to this informally stated position. There are important explanatory differences in how reproductive processes bring about adaptation in organic media, and how other processes bring about adaptation in reconfigurable systems such as neural networks and cultural groups. In short, the position of Universal Darwinism only survives scrutiny if its key claims are understood in hedged, vague or loose ways.