Explosion of Life: The Origins of Animals

In 1962, Martin Glaessner (1906 – 1989) a geologist and palaeontologist from the University of Adelaide published a paper in Biological Reviews (Biol. Rev. (1962), 37, pp. 467-494 on Pre-Cambrian Fossils, a period of the fossils record we now call the The Ediacaran period, that spans 96 million years from the end of the Cryogenian Period 635 million years ago, to the beginning of the Cambrian period 538.8.

The name 'Ediacaran' takes its name from the Ediacara Hills, in the northern part of the Flinders Ranges in South Australia where geologist Reg Sprigg first discovered undocumented soft-bodied animal fossils in 1946. It wasn't until March 2004 that the name 'Ediacaran' was ratified by the International Commission on Stratigraphy.

Palaeontologists Dr Emily Mitchell from the Department of Zoology, along with Professor Simon Conway Morris and Dr Alex Liu, both from the Department of Earth Sciences at the University of Cambridge discuss their research into the Ediacaran and Cambrian Periods, the techniques used to collect fossil data in the field and the influence Glaessner's work had on the understanding of this new geological period. 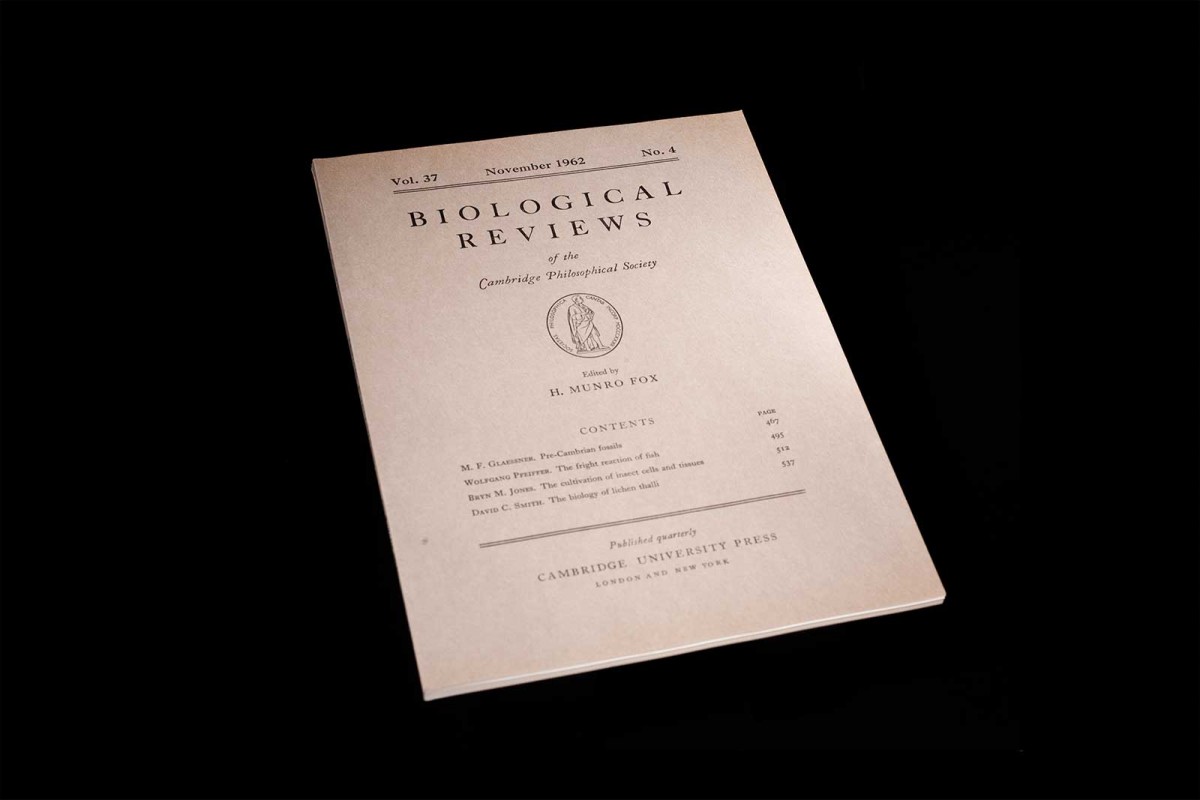 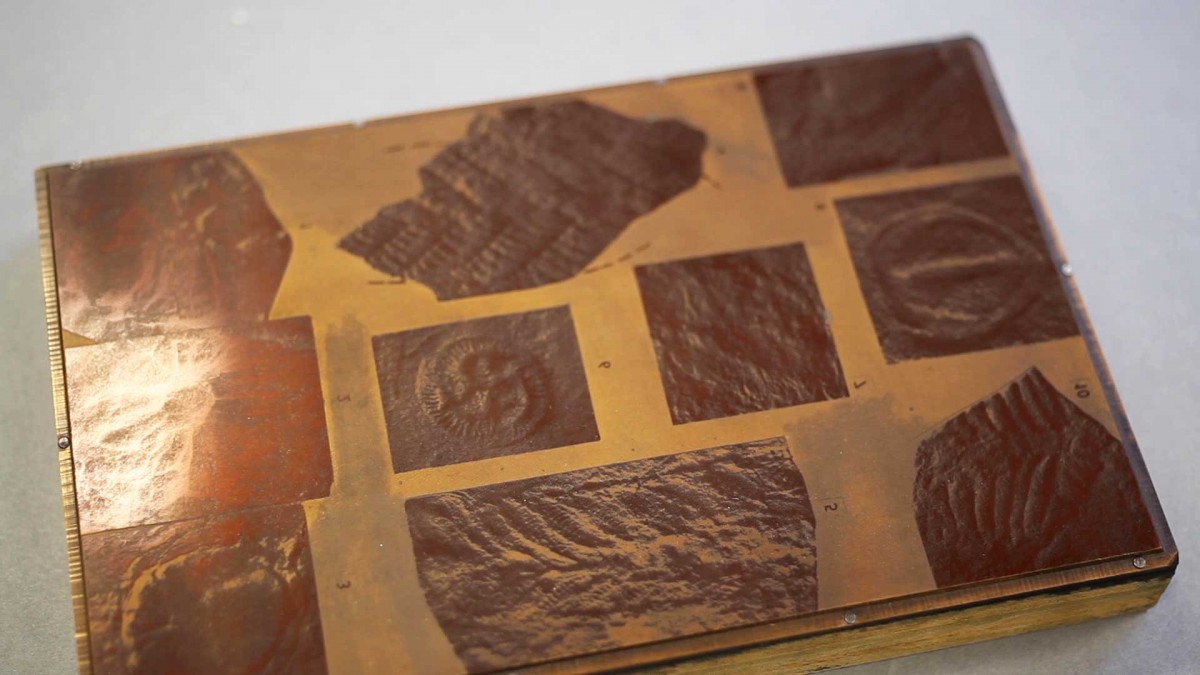 The original printing plates from our archive, which were used to print the illustrations for Martin Glaessner's Pre-Cambrian Fossils paper.

Our Quantum Future - One day meeting