George Howard Darwin and the ‘Public’ Understanding of Nature

As part of the Cambridge University Library's exhibition 'Darwin in Conversation: The endlessly curious life and letters of Charles Darwin' which runs from 9 July – 3 December 2022, Dr. Edwin Rose will give a talk on George Howard Darwin (1845–1912), Charles Darwin's second child and twice president of the Society on Wednesday 28th September 2022.

The talk, 'George Howard Darwin and the ‘Public’ Understanding of Nature' explores the later period of George Darwin's life concentrating on the series of Lowell Lectures George Darwin gave in Boston in 1897 and examines his means for conveying complex theories to public audiences, work that resulted in his only—and extremely successful—monograph The Tides and Kindred Phenomena of the Solar System (1898).

George Howard Darwin was Plumian Professor of Astronomy at the University of Cambridge and became president of Cambridge Philosophical Society in 1890, shortly after he purchased Newnham Grange, now Darwin College, in 1885. He later became president of the Society for a second time in 1910, 3 years before he died. George Howard Darwin is the only person to hold the position of president twice, after one of our founders Rev. Adam Sedgwick in 1831 and 1853.

Dr. Edwin Rose is an affiliate of the History and Philosophy of Science Department and Fellow of Darwin College and previously Munby Fellow at Cambridge University Library. In October 2021 Edwin will start a new role as PI on the AHRC funded research project 'Natural History in the Age of Revolutions, 1776-1848'.  Follow Dr. Edwin Rose on Twitter: @EdwinRose3

The talk is free and open to all. Book and find out more here: https://www.lib.cam.ac.uk/what... 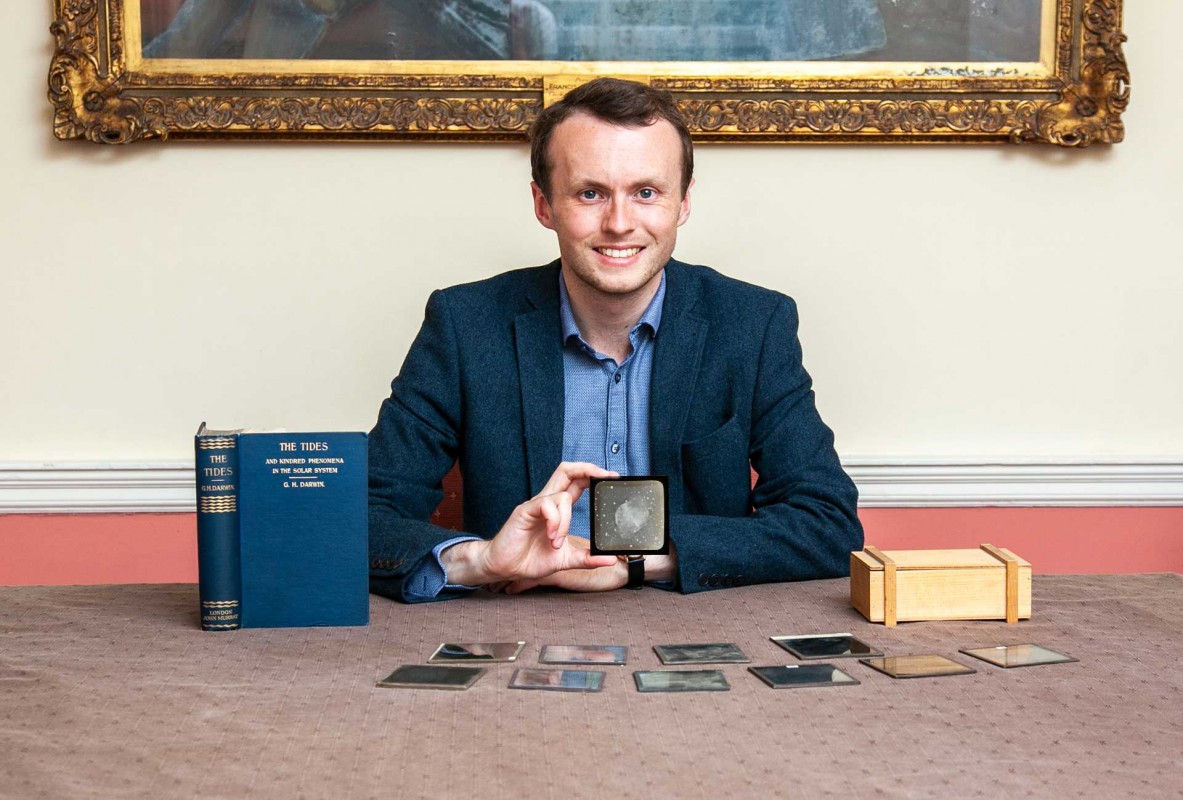