Cambridge University Library will be holding an exhibition of Charles Darwin’s letters, some 15,000 of which he wrote during his lifetime. The exhibition: Darwin in Conversation - The endlessly curious life and letters of Charles Darwin, is held in the Milstein Exhibition Centre opens on 9 July and runs until 4 December 2022.

The exhibition provides a fascinating insight into man driven by experiment and interaction with others. Cambridge Philosophical Society has a long relationship with the Darwin family, which goes back to the very early days of Charles Darwin's career and that of the Society.

While the Society was not the first to publish Darwin's research, his notes on insects were first published in a book; Illustrations of British Entomology: Or, A Synopsis of Indigenous Insects: Containing Their Generic and Specific Distinctions by James Francis Stephens in 1829. It was however, the private publication of a pamphlet by John Stevens Henslow in 1835 that brought Darwin's research to a wider audience and helped to establish Darwin's reputation among scientists.

One of the founders of the Cambridge Philosophical Society, John Stevens Henslow (1796 – 1861) is best remembered as a friend and mentor to his pupil Charles Darwin, a student at Christ's College. In 1831, Henslow was offered a place aboard the survey ship HMS Beagle on a two-year voyage to survey South America. Dissuaded by his wife to join the voyage, Henslow recommended Darwin as the ideal replacement. During the voyage, Darwin corresponded by letter with Henslow after reaching South America, and collected specimens with him in mind, particularly plants. Extracts from ten of Darwin's letters from South America to Henslow were first read out at a meeting of the Cambridge Philosophical Society on 16 November 1835, around the time that the ship reached Tahiti.

The pamphlet 'Extracts from Letters to Henslow' was printed without Darwin's knowledge. Upon learning of this pamphlet, Darwin was "a good deal horrified" at Henslow making public "what had been written without care or accuracy". The publicity helped Darwin's career, and at the end of his life acknowledged their friendship as the most important "circumstance" of his life.

The original pamphlet is now rare. According to American Book Prices Current only four copies have appeared at auction since 1975. On 19 June 2014 Christies auctioned an original copy in New York (Sale 2861) and realised $221,000.

In 1960 it was reprinted privately to mark the 100th anniversary of the publication of the "Origin of Species" on 26 November 1859 and issued to Members and Associates of the Society. 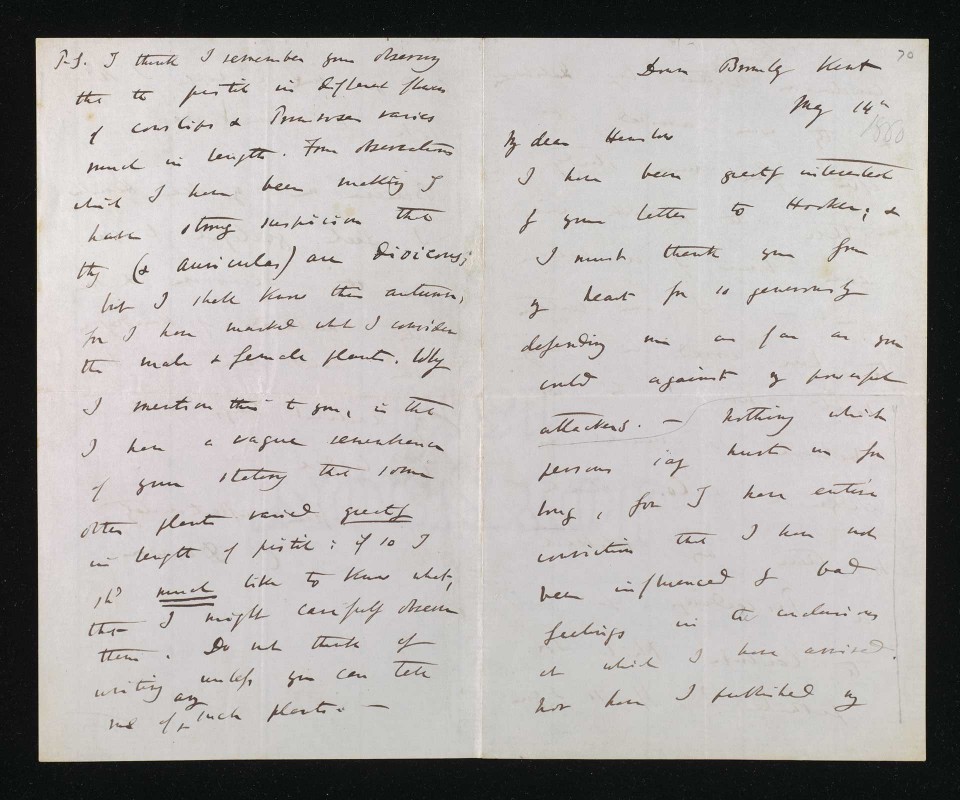 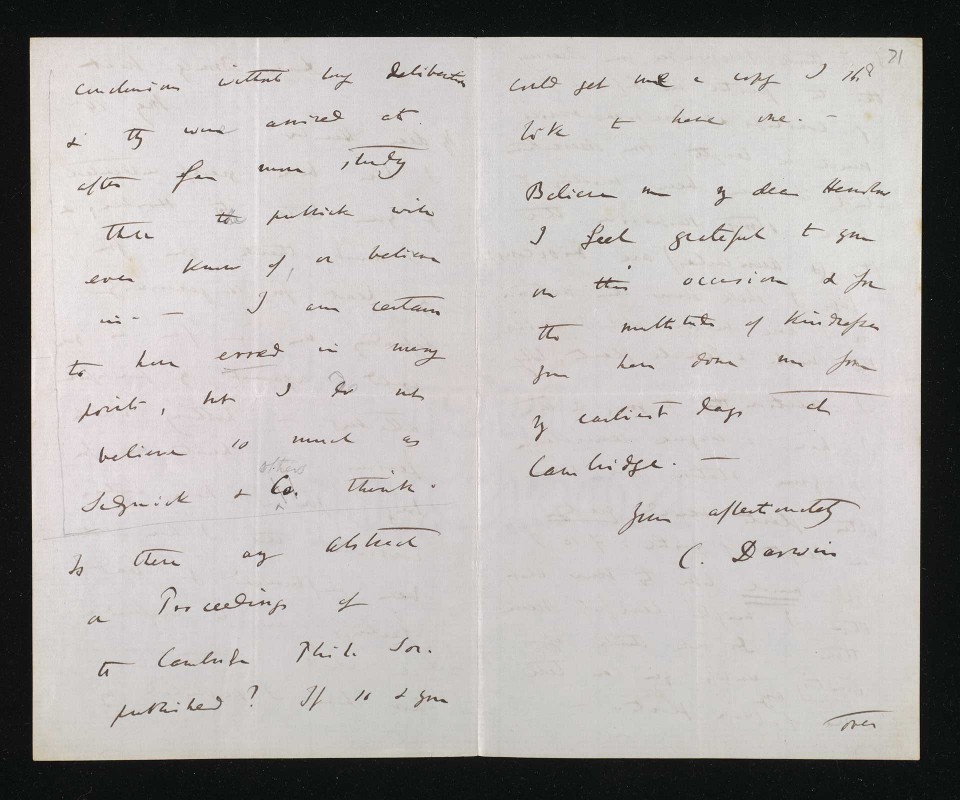